“Doctor Who” character building sets from Underground Toys. Build your very own TARDIS and re-create adventures in time and space with the Eleventh Doctor and Amy Pond!

Check out these new “Doctor Who” character building sets from Underground Toys.

Character Building: Dalek Progenitor Room Mini Set
Join the Doctor on the Dalek Spaceship where five brand new, powerful Daleks have emerged from the Progenitor Chamber. They have disintegrated the older “inferior” models and are now ready to destroy Earth! Help the Doctor save the day and finally defeat his oldest enemy! Highly detailed Dalek construction playset including a Dalek: The Supreme micro-figure. 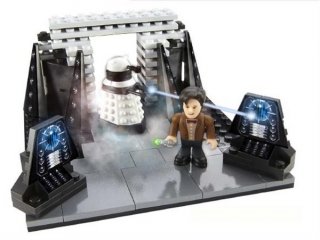 Character Building: The Tardis Mini Set
Build your very own TARDIS and re-create adventures in time and space with the Eleventh Doctor and Amy Pond! The TARDIS, or Time and Relative Dimensions in Space, is the Doctor’s vehicle and home that can take him to any place and any time. Remember, it’s bigger on the inside than the outside! Includes constructable TARDIS, fully articulated Eleventh Doctor and Amy Pond micro-figures. 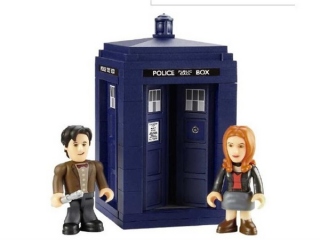 Character Building: The Time of Angels Mini Set
The Weeping Angels are back! Recreate scenes from Series 5 Episode 4 with this Time of Angels playset…the Doctor and Amy along with River Song went hunting for a solitary Angel but discovered an army of angels waiting for them! Highly detailed construction playset including a fully articulated Weeping Angel micro-figure. 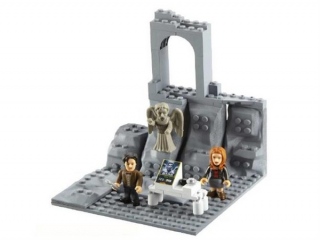 Expect them to hit retail this July/August 2011.