The next time someone tells you that playing video games is useless, show them this!

The next time someone tells you that playing video games is useless, show them this! When his grandmother passed out behind the wheel of a car going 60 miles an hour, a 10-year-old boy grabbed the wheel and took over, using the skills he learned while playing Mario Kart!

Gryffin saw the car start to veer toward oncoming traffic, so he grabbed the wheel to steer the vehicle away -and into a ditch. His father, Sean Sanders, considers Gryffin a hero.
The car slowed down in the ditch filled with mud, and he and his brother were unharmed. Passersby stopped to call 911 and help his great grandmother. Sean said there easily could have been a head-on collision.

“The car could have rolled. There could’ve been, you know, a travesty of an injury or even possibly a fatality,” Sean said. “The good news is we will never have to know.”

Luckily, this is not the first time Gryffin has driven. He says he learned a lot playing the video game “Mario Kart”. 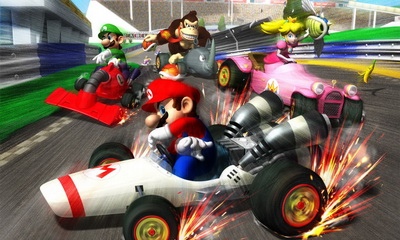