A recent survey reveals unexpectedly high levels of interest in cosplay among Japanese women, with some 30% having either cosplayed or wanting to try it. 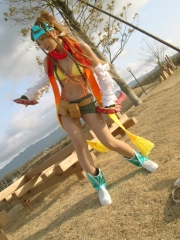 A recent survey reveals unexpectedly high levels of interest in cosplay among Japanese women, with some 30% having either cosplayed or wanting to try it.

When both genders were asked whether they had an interest in cosplay, 9.9% answered they would like to try, 8.3% had actually tried it, and 28.5% were interested in watching it but not cosplaying themselves, making for a total of 46.7% with an interest.

The numbers among women however were higher, with 13.6% interested in trying and 14.7% actually having tried it. Younger women were even more interested, with 15.8% wanting to try amongst those in their twenties.

17.5% of those interested listed anime and manga as the theme of cosplay they would most like to undertake, after which came kigurumi (character suits) with 14.7%, maid and waitress uniforms (12.4%) and military uniforms (also 12.4%).

Top anime subjects for cosplay were “The Melancholy of Haruhi Suzumiya,” “Fullmetal Alchemist,” as well as visual-kei bands like “X,” “Buck – Tick,” and “L’Arc en Ciel.”

When asked why they cosplay, responses include: to play a character they admired and love, have the chance to wear clothes that are not attractive or unusual, to be oneself while cosplaying, or to just try and spice up life with some change.