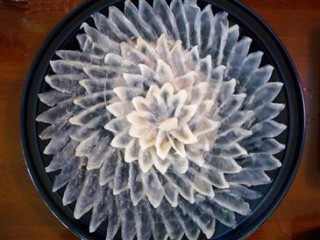 In an odd case of why the hell did they put that in their mouth, Blowfish testicles prepared by an unauthorized chef made seven diners in northern Japan sick, with three still remaining in the hospital.

Blowfish, known by Sushi aficionados and Simpsons fans alike is extremely poisonous if not prepared properly. However, the taste and thrill is considered worth the risk to people with poor impulse control.

Shortly after the diners chowed down on their fish nuts, they developed limb paralysis and breathing trouble and started to lose consciousness — typical signs of blowfish poisoning — and were rushed to a hospital for treatment.

A 68-year-old diner remained hospitalized in critical condition with respiratory failure and two others, aged 55 and 69, were in serious condition, he said.

“It’s scary. If you go to a decent-looking restaurant that serves fugu, you would assume a cook has a proper fugu license,” Iwase said, using the Japanese term for blowfish.