Ben Dequzman is back with another great geek art mixed with NBC’s “Community.” This time, he has re-imagined the cast from “Community” as different Batman superheroes.

Here are some notes from Dequzman and his reasoning for the casting. As you can tell, a lot of passion and geekiness went into creating this magnificent piece:

– Britta as Batwoman (May be shortsighted of me… but felt it was appropriate with Britta’s brief dabbling in the lesbian world)
– Jeff as Harvey Dent (Kind of boring, I know… however, I plan on a second Bat Villain piece, so it should play out well then)
– Chang as Robin (Originally he was going to be Commisioner Gordon since he’s a figure of authority now… but visually I dont feel that would of been all that funny. His hair, though, made him perfect for the 60’s TV version of Robin)
– Annie as Batgirl (I like this since she makes up a roommate triumvirate with Abed and Troy now… parallels Bruce/Dick/Barbara from the 60s)
– Abed as Batman (Duh)
– Troy as Nightwing (I completely refused to make Troy Robin… even though it probably would of made sense. But I felt since Donald Glover has been raised to Spider-Man caliber, he deserved to be someone bad-ass)
– Pierce as Alfred (If there was ever a Batman parody I would have no problem with Chevy Chase filling in Michael Caine’s role)
– Shirley and Dean Pelton as Catwoman (Really wanted to do Yvette Brown as a tribute to Eartha Kitt. And similar to the beginning number of Seasn 3, ep. 1, wanted Dean Pelton to come and steal Shirley’s diva thunder. Ironically, I had him choose the sluttier Halle Berry version) 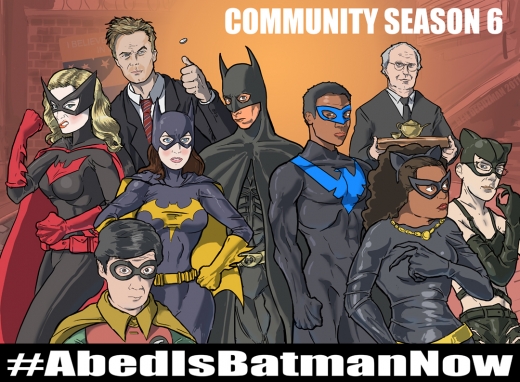 Here’s his original of the “Community” cast as Batman Villains. 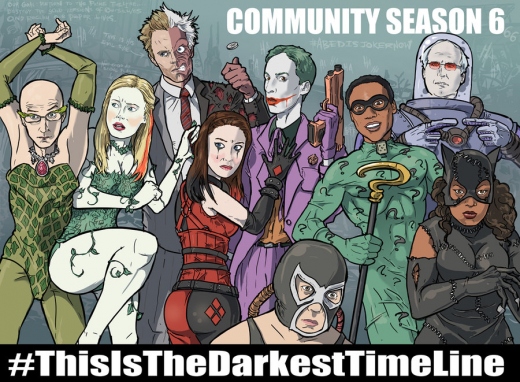