The carcass was discovered in an old, abandoned power substation.

An electrician stumbled upon a partially-preserved animal carcass while cleaning up an abandoned power station in Uttarakhand, India. The find has baffled researchers to the point that they’ve now sent it out for analysis, including carbon dating. What makes it so special? Well, the animal remains don’t seem to resemble any creatures that have existing in the last 65 million years or so.

Does this mean that we just found the first dinosaur remains to still have flesh intact? Probably not. There’s really no way that it wouldn’t have been fossilized by now. That said, there’s always the chance that there are living dinosaurs running around India and no one on the internet has noticed yet… right? 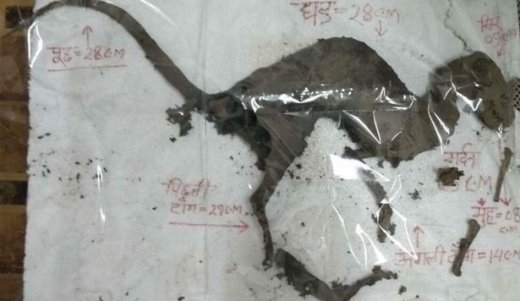