Everything Wrong With Superman Returns In 6 Minutes Or Less

check out everything that was wrong with Superman Returns and then also watch the alternate opening that would have made the film much better!

Anyways, the guys at Cinema Sins have released their attack on all the things that were wrong with the movie.

Now that you’ve seen what’s wrong, take a look at the alternate opening, which would have made the movie much better. 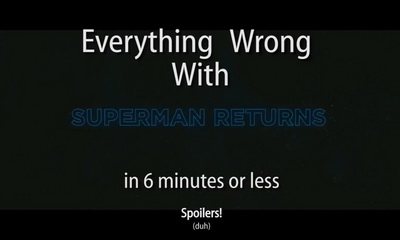