Excuse Me Waiter, There’s a Bug In My Van Gogh Painting… For The Last 128 Years

Paleo-entomologist Michael Engel says there was “no sign of movement in the surrounding paint, indicating the grasshopper was dead when it fell onto the canvas.”

Van Gogh is considered to be one of the true master painters and his works have been studied extensively for years. That is what makes it all the more surprising that no one noticed a small grasshopper stuck in wet paint that was trapped in one of his works for the last 128 years.

The insect was recently discovered in Van Gogh’s ‘Olive Trees’, where it currently resides in the Nelson-Atkins Museum of Art. One person who is not very surprised about the revelation is the museum’s director, Julián Zugazagoitia.

“Van Gogh worked outside in the elements and we know that he … dealt with wind and dust, grass and trees, and flies and grasshoppers.”

In fact, he had even famously complained about it to his brother around the same time he painted ‘Olive Trees’ and just a year before his suicide.

“But just go and sit outdoors, painting on the spot itself!” Vincent wrote. “Then all sorts of things like the following happen — I must have picked up a good hundred flies and more off the 4 canvases that you’ll be getting, not to mention dust and sand … when one carries a team of them across the heath and through hedgerows for a few hours, the odd branch or two scrapes across them….”

Animal lovers who fear that the insect may have suffered the horrible fate of suffocating in paint can breathe a sigh of relief. Paleo-entomologist Michael Engel says there was “no sign of movement in the surrounding paint, indicating the grasshopper was dead when it fell onto the canvas.” 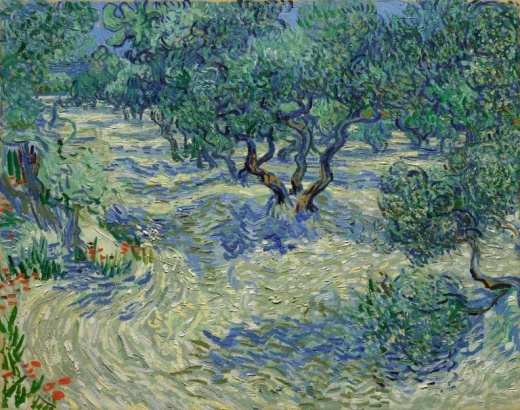 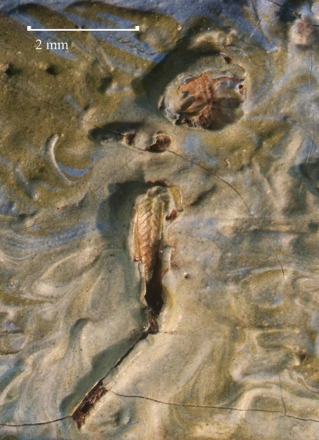