Finally, The Affordable and Modular Cricket Farm You’ve Been Looking For

The 22,000 crickets it can accommodate are able to move from area to area as they wish… making this a “free range cricket farm.”

It’s easy to make fun of people eating crickets. I’ve tried some of the cricket based protein bars and they taste just as bad as regular power bars, so I guess they can’t be all bad. The fact is, people eat insects all over the world. We don’t do it here because they’ve got horrible branding. Thankfully, hipsters love stuff that’s unpopular with the masses, and this time it could mean a whole new trend that might actually help everyone.

The solution is a modular cricket farm, like this one, created by Terreform in Brooklyn (of course…). Despite the fact that it looks as though it’s made up of a bunch of plastic canisters, the 22,000 crickets it can accommodate are able to move from area to area as they wish… making this a “free range cricket farm.”

While the goal for this, extremely artsy looking insect factory is to help people in disaster areas and developing countries, the creators feel like it could actually become quite popular as an alternative protein source, here in the US as well. Along with taking a lot less resources to cultivate compared to traditional protein sources, they can be fed agricultural and kitchen waste like orange peels and apple cores, making them a great way to reduce waste on both ends of the supply chain.

Mitchell Joaquim, founder of Terreform, truly thinks that the six-legged hoppers could be a massive hit. “They would fit right into the massive onslaught of urban farms that are happening in Brooklyn and the rest of New York. These farms would be great alongside solar panels and other things you’d probably want to grow on the roof. So there’s an enormous amount of opportunity to have this produced locally.” 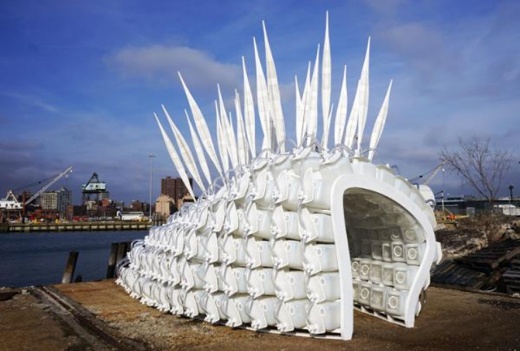 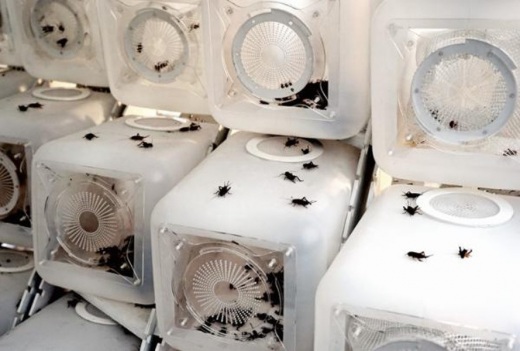 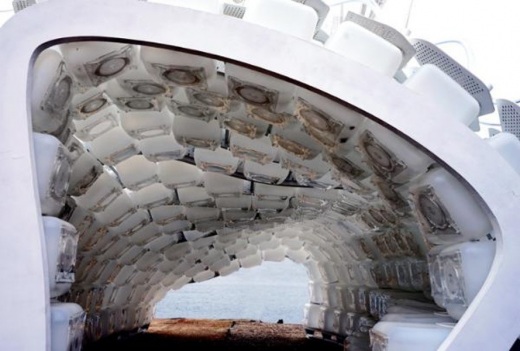