Fighting leakage by moonlight. Winning love by daylight. Never leaking cause they fit tight!
She is the one named Sailor Moon!

For centuries people have believed that there was a connection between the lunar and menstrual cycles. Now there really is with Japan’s new Sailor Moon Sanitary Napkins!

I’m not sure who thought this up, but Elis Sanitary Pads has released the new product as a collaboration between the Sailor Moon Warriors and another character named Usagi Chan (Rabbit).While people may or may not buy them to actually use, there are plenty of people snapping them up as collector’s items.

the limited edition maxi pads hit shelves on August first and are available in :
the Elis Ultra Guard Super Absorbent Slim and the Ultra Guard Secure Until Morning overnight packs. All varieties will feature all five of the anime’s main soldiers: Sailors Moon, Mercury, Mars, Venus and Jupiter. 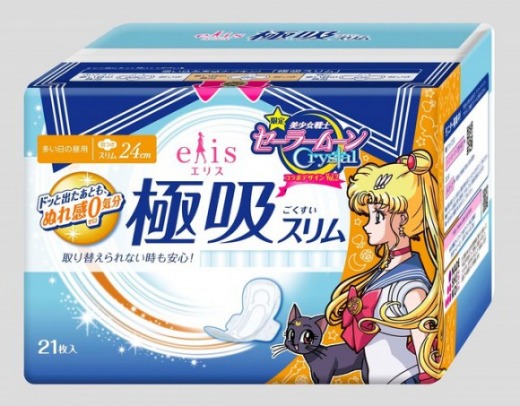 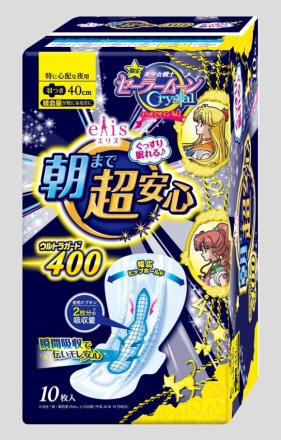 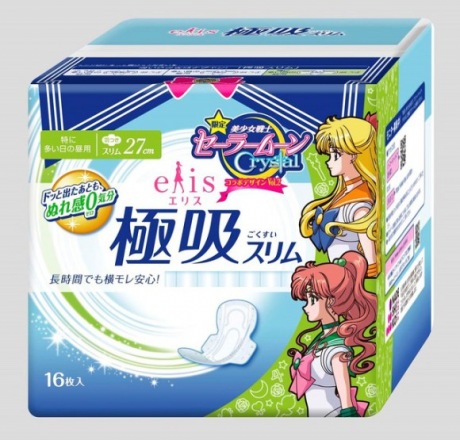 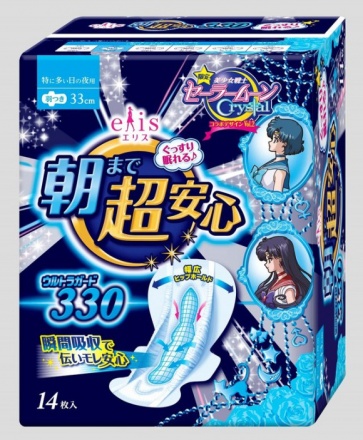 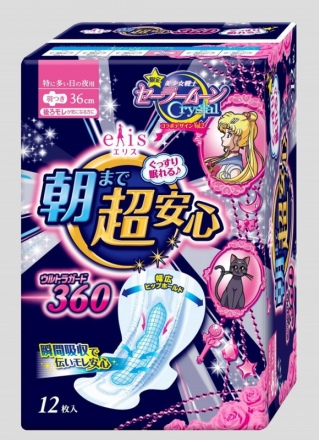