Florida Woman Arrested For Beating Man Who Said No To Sex

Along with the smack, she also scratched his arm hard enough to draw blood and still had his skin under her fingernails when the cops arrived.

You’d think that with the hurricane recovery, Floridians wouldn’t have time to act as stupid as they normally do. Well, along with a really weird story about a woman who hit her estranged hubby in the face when he broke into her room while she was pleasuring herself, we’ve also got this story about a woman from New Port Richey who found herself on the wrong side of the law when she beat a man who said no to sex.

30 year old, Rebecca Lynn Phelps was locked up on $500 after she was arrested and charged with battery. The incident went down around 2 AM yesterday, when phelps, who had been drinking at the time outside her residence with the victim, offer him sex and he declined. That’s when she allegedly started screaming and smacked the victim in the face. Along with the smack, she also scratched his arm hard enough to draw blood and still had his skin under her fingernails when the cops arrived.

When officers arrived, she stated that nothing had happened and she didn’t know why the man was bleeding, but a witness chimed in that he had heard the victim yelling “please stop hitting me” just prior to hearing the sound of the smack. 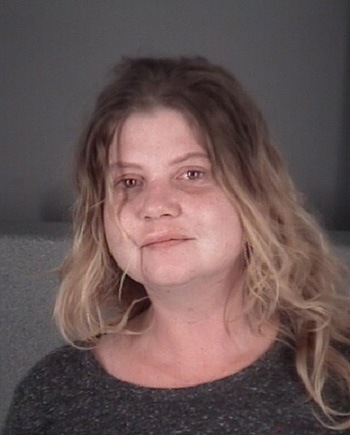