Check out this image of “Giant Torayan,” a massive fire breathing mechanical baby created by sculptor Kenji Yanobe. This ungodly creation was recently placed on display towering over Tokyo’s Roppongi district as part of Roppongi Art Night showcasing installations and performances by various artists in Roppongi.

Giant Torayan stands around 24 feet tall and when it isn’t terrorizing Tokyo’s Roppongi District or doing battle with Godzilla, it sings and dances for western and other Asian tourists that frequent the Roppongi district. 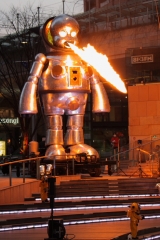 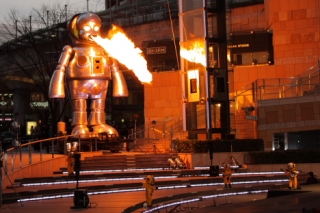