Got an Extra 150 Year Old Skull Of A Little Girl? Why Not Make A Camera?

With a good smart phone, most anyone can take pics as good as professional nowadays. Not Wayne Martin Belger. No, he decided to make his own camera out of the skull of a little girl.

With a good smart phone, most anyone can take pics as good as professional nowadays. Not Wayne Martin Belger. No, he decided to make his own camera out of the skull of a little girl.

He’s called the working sculpture the Third Eye Camera and it is built from a combination of metal, precious stones, and human remains.

It works by exposing the film from inside the skull like an old pinhole camera. Some people are saying that the camera is at least very green. It uses no power and is made from all re-purposed materials. Personally, it just weirds me out. I wouldn’t be surprised if some of the photos he develops started showing scenes from the dead girl’s memories.

Here’s what Belger said in an interview about how he got the skull:

“…the skull was from a med student’s study kit in 1900. Then for about a hundred years it lived in an attic in England. As far as respect for Human remains, I have respect for all of nature’s remains, and honor them so. I spent a great deal of time in Southeast Asia, so I do lean toward Eastern views. The skull is the ‘left overs’ of the soul and is a honored part of nature. It should be respected as an animal skull, an insect skull, or a leaf. I think when you put humans and their remains above all other forms of nature, the separation allows for the thoughtless, elitist, easy destruction of nature. You get things like animals hunted to extinction, burning rain forests, and oil spills… By the way, the use of human remains in art is an old, widespread tradition. Tibetans would carve skulls and do beautiful inlay work, and they would also make flutes out of human femurs. As far as the west, look at the Catacombs in France or look up Prague’s Sedlec Ossuary, aka ‘The Bone Church’. Both are religious institutions.”

Check out the camera and what a picture from it looks like below: 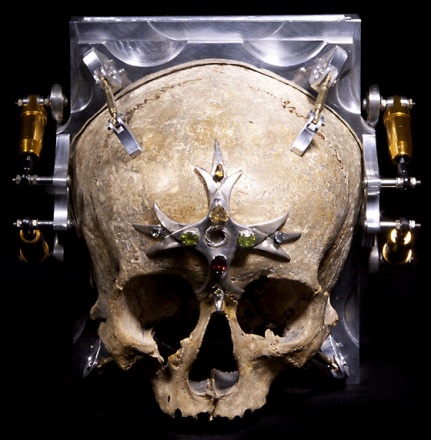 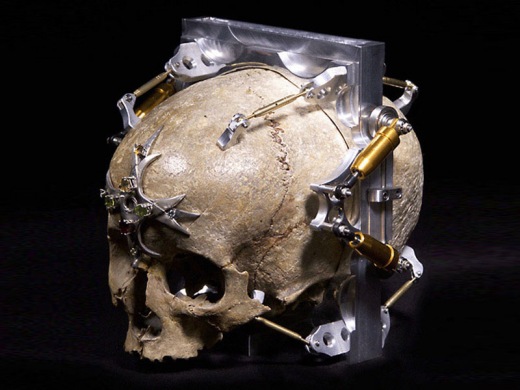 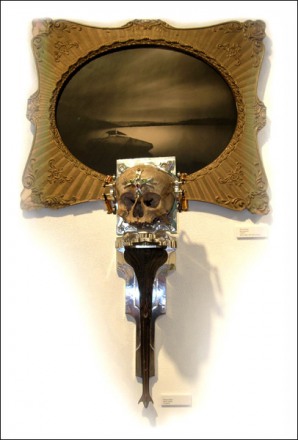 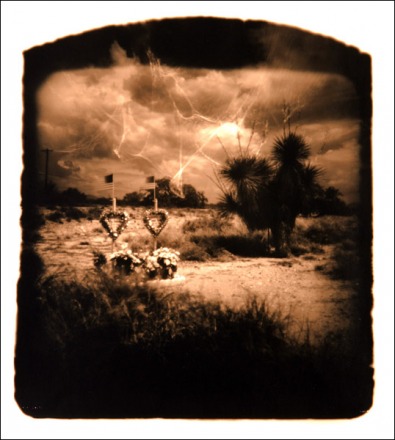