You’ve never seen Count Chocula or The Trix Bunny like this before!

Artist, Guillermo Fajardo has created some pretty great work in the past and now he’s bringing his talents to the world of breakfast cereals. He’s taken CAP’N, TONY, TRIX and the COUNT and re-imagined them as if they were real people. Thank god this is just in his imagination…

Here are the images with some comments from the artist: 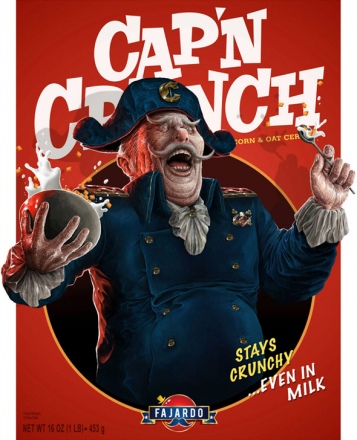 “CAP’N, this old man was removed from its box for a while as I enjoyed remaking him with certain raw insanity. Afterwards, he was put back in its scenario and.. this is how it looks!” 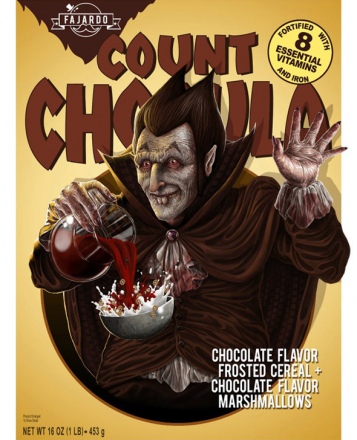 THE COUNT, be careful with this one! the friendly human dressed as Count Chocula has recently becomed into a convinced-to-be-a-vampire murderer and is ready to hunt. Guess I don’t have to warn you about keeping your neck safe during breakfast,… should I? 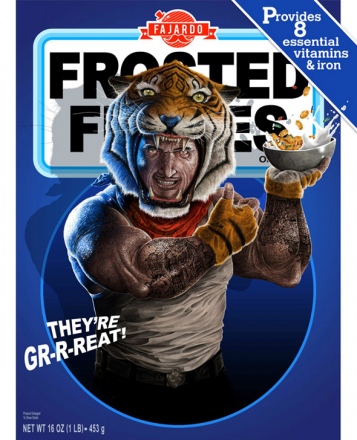 “TONY, he is masculine, very competitive and addicted to body building…It’s your all-time favorite fierce-costumed-latin-lover Tony. What a better choice than breakfast with a perverse self-obsessed animal!” 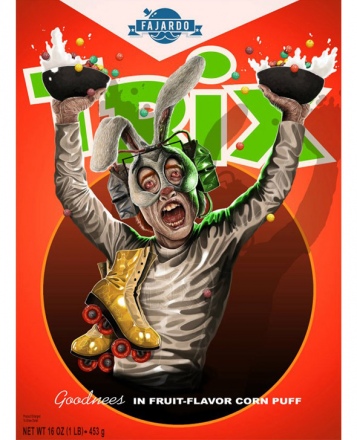 “TRIX, our Hypochondriac friend is addicted to cereal and enemy of sunlight, but not underestimate him! his passion for skating makes him a competitor maniac and not always a fair rival.”