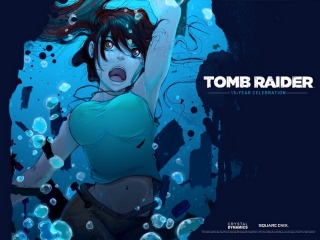 Crystal Dynamics, a Square Enix studio, announced today that the TOMB RAIDER’s 15-year anniversary exhibition has ended, as a result the gallery of commissioned art is now ready to debut in its entirety to the public online.

Crystal Dynamics played curator to the unique digital exhibition, commissioning eight original pieces from an accomplished collection of artists and releasing them throughout the month of October to celebrate the 15th anniversary of the franchise. The pieces showcase the new vision for Lara Croft in the eagerly anticipated TOMB RAIDER®, while embracing the individual style of each handpicked artist.

The exhibit includes contributions from three legacy TOMB RAIDER artists, most notably franchise creator Toby Gard. Two Crystal Dynamics artists also lent their skills, in addition to a third artist from sister-studio Eidos Montreal. A pair of fresh faces chosen for their unique styling round out the list of contributors:

An archive of the 15-year celebration wallpapers can be found at tombraider.com/15.

All eight high-resolution pieces of celebratory art can be found via Square Enix’s press site in addition to artist bios, quotes, and headshots.

The art exhibition’s close marks the start of Crystal Dynamic’s partnership with The Nerd Machine. A limited run of t-shirts and prints featuring work from the exhibit are now available for purchase online, with a portion of the proceeds going to the Child’s Play Charity. 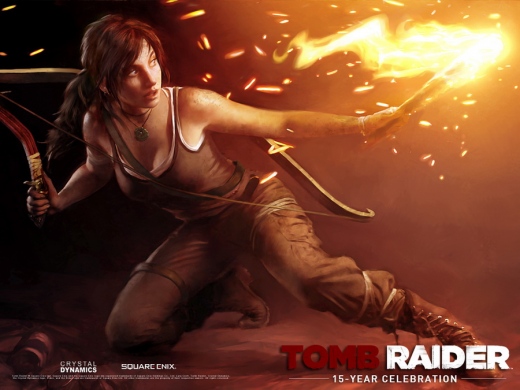