Epic Rap Battles of History is back and it is just as NSFW as ever. You’ve been warned!

After a long wait, Epic Rap Battles of History is back for a third season, and they are kicking things off with the third chapter in their most popular rap battle saga: Hitler vs Darth Vader.

This time around, Vader isn’t here alone. Along with some non-verbal support from Stephen Hawking, he’s also got his hype man, Boba Fett on board with a few magical lines about tea bagging Hitler. 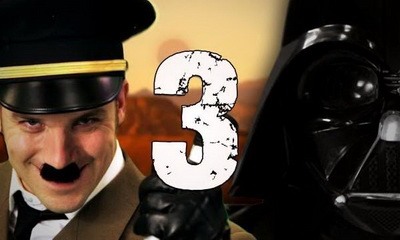