The perfect story for hump day.

To give you an idea of just how dire things were, fifty years ago, the species had been depleted to just two males and 12 females. Now, with the help of his harem of 6 females and the guidance of the tortoise breeding center he calls home on Santa Cruz Island, he’s managed to make that number explode.

Even more interesting than his feats of fertility is Diego’s story. He didn’t start off in the wilds of Santa Cruz Island. OK, he might have, but that’s not where this story begins. He was actually discovered in captivity at the San Diego Zoo, and identified as a member of the rare breed. The closest they can figure out as to how he got to the US is a range of fifty years in the first half of the 20th century when expeditions were common to the island.

In 1976, he was brought back to his homeland and placed in a captive breeding captivity. Since then, Diego has been a busy guy. According to a recent genetic study, it now appears that 40% of the current population of Galapagos giant tortoises has Diego as a dad. 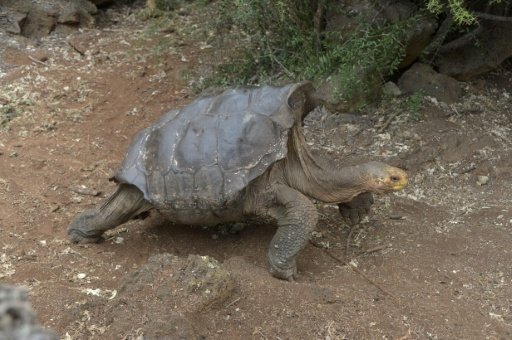