If Tim Burton re-designed Pokemon, the fully evolved form of Winona Ryder would be Helena Bonham Carter. I’m guessing that Ash would probably also have really tiny legs and feet and that Pikachu would be replaced by the Family Dog.

These great Pokemon sketches from Vaughn Pinpin, an art student at a Fine Arts school in the Philippines are just awesome. He’s really managed to capture both the cuteness of Pokemon and the stolen style of Edward Gorey that Tim Burton has Co-opted and made his own. 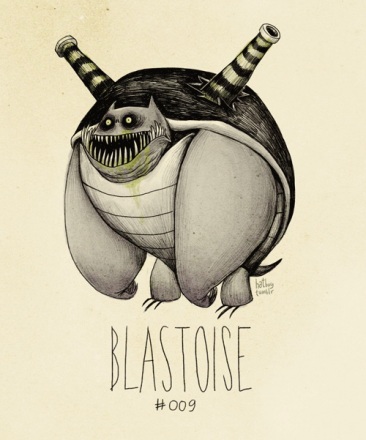