Hell hath no fury like an angry clown! That’s what the US Gov is finding out now that the Insane Clown Posse is suing them in Federal court over the labeling of their fans (Juggalos) as a dangerous gang.

The law suit is based off a 2011 FBI report which referred to Juggalos as a “loosely organized hybrid gang.” The band members Shaggy 2 Dope and Violent J say that label wrongly characterizes their fans as violent lawbreakers and has in turn led to unwarranted harassment of their fans by law enforcement.

Some examples of the abuse include One fan saying he’s been stopped multiple times by cops because of his ICP clothing. Another says he was forced to remove his Juggalo tattoos in order to enlist in the military. 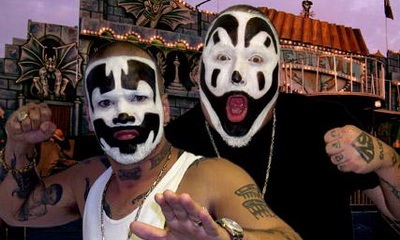