Over the last week or so, a viral video has popped up called “Worst Twerk Fail EVER – Girl Catches Fire.” The video, which supposedly shows a girl twerking for her boyfriend and then falling and catching on fire received over 9 million hits on YouTube and was reported on by over 100 media outlets across the US.

Now, Jimmy Kimmel is revealing that the entire thing was a joke that he filmed two months ago with a stunt woman just to see if they could make a fake viral video.

Check out the video below in which Kimmel explains the prank and shows the uncut version of the video which actually features Kimmel at the end. 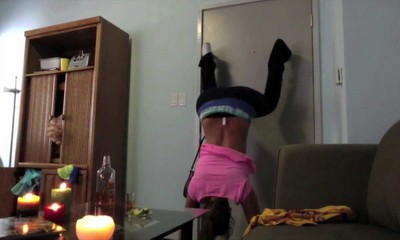