John McAfee, the creator of McAfee Anti-Virus is currently one of the most infamous men alive. In the last year he’s been accused to killing his neighbor, being a paranoid Schizophrenic, being a pedophile, and taking bath salts. So, of course, his next move would be to become a YouTube star. His first video got over four million hits. Now he has released his newest video and he’s inviting us all to join his McAfee School of Badass. 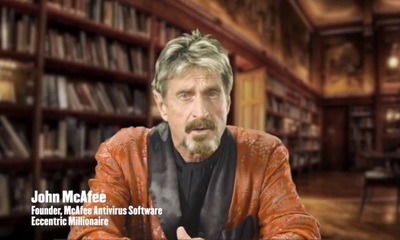