Yup, I think this just about sums it up. Slightly NSFW for cartoon boner.

Yup, I think this just about sums it up.

look, we aren’t saying that what Kony did isn’t awful. Truthfully, the man deserves to be killed slowly at the hands of 25 belt sander wielding kids… that just isn’t the point. The invisible children people waste most of their money and don’t actually accomplish anything practical. All the money they raised… only 30% of it goes to efforts on the ground and a good chunk of that goes to the Ugandan army… who is, let’s just say… kinda rapey.

Still, you’ve got to give them props for pulling down the kind of support that they did with their highly manipulative video. It was almost as entertaining as watching their leader run around naked when he snapped. 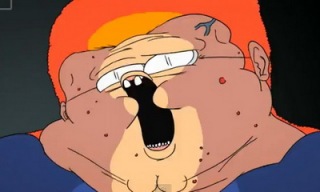