Hundreds of people were left stranded in Tokyo after one of the electric trains was struck by a massive lightning bolt in the middle of the evening commute as it passed over a body of water.

There were no reports of injury on the train, but we can only imagine that the sound of the lightning, followed by complete darkness caused a train-wide code brown. 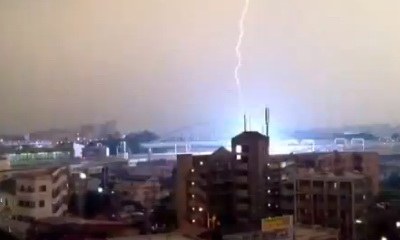