Man Arrested for Assaulting Pregnant Wife With a McChicken Sandwich

I guess he wasn’t lovin it!

We’ve seen all kinds of implements used for beatings, but this might be the first time that we’ve ever heard of someone beating someone with McChicken Sandwich from McDonalds. The asshat in question is 21-year-old Marvin Tramaine Hill II . He was arrested yesterday in Des Moines (see, not all of these stories come from Florida.) after after pelting his pregnant wife with a McChicken sandwich.

According to the police, Hill said he had attacked his wife with the sandwich because he doesn’t like them.

He was sleeping on the couch at 1 p.m., you see (like a good husband of a pregnant woman does on a Tuesday), when his wife woke him up to offer him the McChicken sandwich. He admitted to police that this injustice made him upset, and he started yelling at his wife and threw the sandwich at her. He then picked up the bun and threw it again for good measure.

After his wife went to the bathroom to clean up the McMess from the thrown sandwich, he followed her in there with his cell phone camera filming. Police say they believe he then intentionally provoked her so she would slap the phone out of his hands (which she eventually did, according to cops who watched the video), so that she would later look bad on film.

He then proceeded to mash the bun into her nose, which is why police believe they found her face covered in mayonnaise and her nose bruised when they arrived. Martin remains at the Polk County Jail. 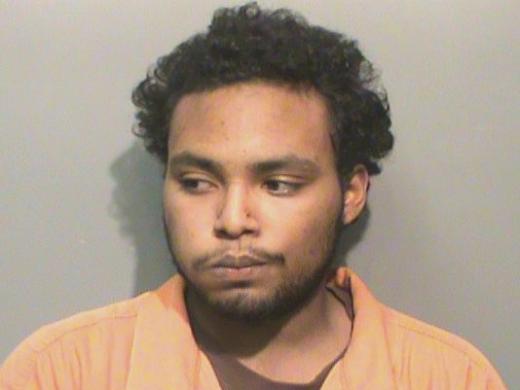