I’m not sure what’s weirder, that this happened or that someone noticed…

Normally, stories about Marvel comics would be in our entertainment section, but this story is just so weird that we felt it belonged here. It is being reported that X-Men: Gold artist Ardian Syaf secretly slipped in anti-Christian and anti-Jewish messages in his artwork for issue number #1.

According to BleedingCool, the offending images included the hidden numbers 212 and 51. 212 is a reference to a mass protest in Indonesia that took place on 2/12/16. The protest, held by Indonesian Muslims, was aimed at trying to remove the Christian governor of Jakarta, Basuki Tjahaja Purnama. They claimed that he was guilty of blasphemy because he used the Qu’ran in his campaign. 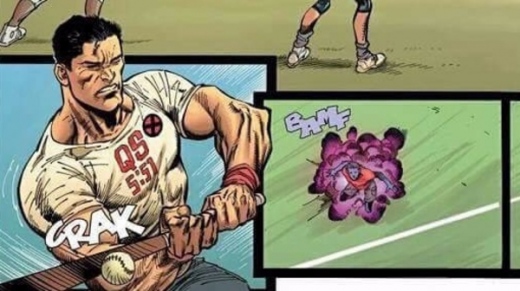 The specific verse he spoke out against that got so many people all twisted up was Al Maidah 5: 51. Here is an English translation of the verse:

“O you who have believed, do not take the Jews and the Christians as allies. They are, in fact, allies of one another. And whoever is an ally to them among you – then indeed, he is one of them. Indeed, Allah guides not the wrongdoing people.”

In his campaign he spoke out against this and said people shouldn’t believe that the Qu’ran forbids Muslims from being led by non-Muslims.

Personally, I’m not sure what’s weirder, that this happened or that someone noticed. Part of me almost wonders if someone did a deep dive into the art on the comic, purely because of the artist’s name. Part of me also wonders whether the numbers are purely a coincidence, and that people are seeing faces in the clouds. The main reason this is probably not a coincidence, however, is that Marvel has come out with an official statement… and it is not a denial.

“The mentioned artwork in X-Men Gold #1 was inserted without knowledge behind its reported meanings. These implied references do not reflect the views of the writer, editors or anyone else at Marvel and are in direct opposition of the inclusiveness of Marvel Comics and what the X-Men have stood for since their creation. This artwork will be removed from subsequent printings, digital versions, and trade paperbacks and disciplinary action is being taken.”

One thing is for sure. When there’s a controversy, there’s always going to be someone who wants to make a buck. The offending issue is already selling on eBay for between $15-$50, with the words “Controversial Art” in most of the auction titles.