Fusion is one of those great ideas that we’ve never really gotten right, like veganism and threesomes. 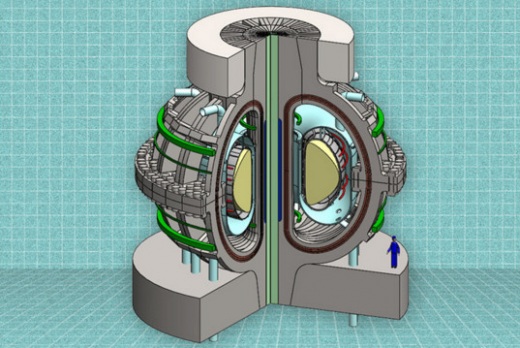 Now, engineers from MIT have a new idea and they think they’ve been able to make the whole idea faster, better, and smaller. It’s all thanks to new technological advancements in magentics which have led them to the creation of a modular fusion ARC reactor… That’s right Iron Man fans… A mother F’n ARC reactor!

Anyways, this arc reactor can generate just as much power as the larger units that came before it. Based on how it is now progressing, the MIT scientists are postulating that within 10 years, it will have advanced to the point where it would be a viable renewable energy source.

The key here is that making the tech smaller and more efficient will cut down on the massive heat that has to be dealt with as a result of the actual fusion.

The difference is commercially available superconductors, rare-earth barium copper oxide (REBCO) superconducting tapes, which researchers propose to use in high-magnetic field coils for the reactor. According to Dennis Whyte, a professor of Nuclear Science and Engineering and director of MIT’s Plasma Science and Fusion Center, “It changes the whole thing.”