While residents of Louisiana are currently suffering through a once in 1,000 year flood, new evidence suggests that the great flood of China may be more than just a myth.

While residents of Louisiana are currently suffering through a once in 1,000 year flood, new evidence suggests that the great flood of China may be more than just a myth. It turns out that a massive flooding of the Yellow river nearly 4,000 years ago, may actually be linked to the founding of China’s first dynasty.

It all started 4,000 years ago, when a massive landslide sent rocks and dirt into the valley of the Yellow River, creating a natural dam that was almost 700 feet tall and cutting off the river’s path for months. As you could expect, all the water that couldn’t get through just kept building and building until it blew through the dirt pile in a flood that scientists now say may have altered Chinese history.

For the Chinese, the flood is as significant as the biblical Flood is to Christians and Jews. It’s from that event that the Xia Dynasty first rose. Legend has it that a hero named Yu led the people of china in rebuilding the land after the decades that it took to repair the damage of the flood. In the end, he was made emperor and founded the Xia dynasty.

Until now, however, there’s been a large part of the scientific community that was not convinced the Xia every actually existed. to date, there’s no archaeological record of the dynasty. However, the discovery of new remains from the flood seem to at least prove that the great flood did actually happen, lending a lot more credibility to the rest of the tale.

The Co-author of a new study on the flood remains, David Cohen added “If the great flood really happened, then perhaps it is also likely that the Xia dynasty really existed too. The two are directly tied to each other,”

Evidence of the flood was first discovered in 2007, and an in-depth study has been going on ever since that’s incorporated everything from field work to scanning images on Google Earth. The strongest piece of evidence that let investigators know they were on the right path was the archaeological site of Lajia, a collection of cave dwellings some 16 miles (25 kilometers) downstream that was destroyed by an earthquake. Radiocarbon dating of human bones at this site date the destruction to about 3,900 years ago.

To give you an idea of just how big a splash this flood would have caused, think of it this way. The earthen dam created by the initial landslide was said to be at least the size of the Hoover Dam. Imagine that just suddenly bursting and an amount of water equal to 160 Olympic swimming pools exploding out every second. 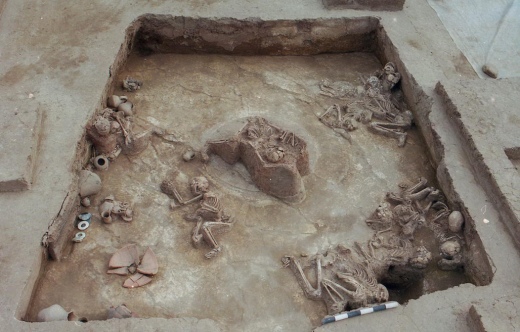 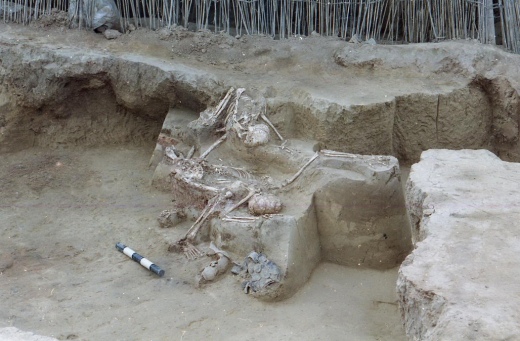