The study appears to be the first evidence-based demonstration of a relationship between technology use and creativity. 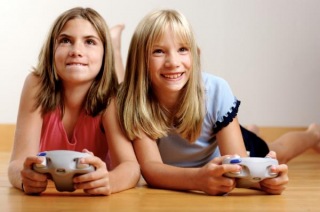 Both boys and girls who play video games tend to be more creative, regardless of whether the games are violent or nonviolent, according to new research by Michigan State University scholars.

According to Linda Jackson, professor of psychology and lead researcher on the project, the study appears to be the first evidence-based demonstration of a relationship between technology use and creativity. About 72 percent of U.S. households play video or computer games, according to the Entertainment Software Association.

MSU researchers surveyed 491 middle school students regarding how frequently they used different forms of technology, and measured their creativity with a widely used Torrance Test of Creativity Figural. The test included creativity exercises involving being tasked with drawing an “interesting and exciting” picture from a prompt, giving it a title and then writing about it.

“Once they do that, video games can be designed to optimize the development of creativity while retaining their entertainment values such that a new generation of video games will blur the distinction between education and entertainment,” Jackson said.

Overall, the study found that the boys and girls preferred different types of games. That boys played video games more than girls, and that boys favored games of violence and sports while girls favored games involving interaction with others (human or nonhuman).

Yet, regardless of gender, race or type of game played, greater video game playing was the only technology to be associated with greater creativity. Now you practically have no excuse to not be playing video games!

The study appears online in the research journal Computers in Human Behavior.