Now you don’t feel guilty about browsing the Internet at work, because as new studies discovered, it may actually improve your performance. 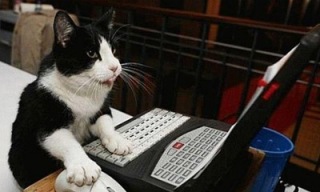 Good news everyone! Now you don’t feel guilty about browsing the Internet at work, because as new studies discovered, it may actually improve your performance.

According to the new study, “Impact of Cyberloafing on Psychological Engagement,” by Don J.Q. Chen and Vivien K.G Lim of the National University of Singapore, Web browsing can actually refresh tired workers and enhance their productivity, compared to other activities such as making personal calls, texts or emails, let alone working straight through with no rest at all.

The researchers conducted two studies. In the first, they assigned 96 undergraduate management students into one of three groups—a control group, a “rest-break” group and a Web-surfing group. All subjects spent 20 minutes highlighting as many letter e’s as they could find in a sample text. For the next 10 minutes, the control group was assigned another simple task; members of the rest-break group could do whatever they pleased, except surf the Internet; and the third group could browse the Web. Afterward, all of the subjects spent another 10 minutes highlighting more letters.

The researchers found that the Web-surfers were significantly more productive and effective at the tasks than those in the other two groups and reported lower levels of mental exhaustion, boredom and higher levels of engagement.

This works because when browsing the Internet, people “usually choose to visit only the sites that they like—it’s like going for a coffee or snack break. Breaks of such nature are pleasurable, rejuvenating the Web surfer,” wrote Dr. Lim. By contrast, workers can’t control the kinds of email they receive, and reading and replying to each message is “cognitively more demanding, relative to Web surfing, as you need to pay attention to what is said on the email,” she added.

This is how everybody wins. Quick, get the word out people!