A New York woman is being scrutinized and praised after people learned that she used a dating website to obtain $1,200 a month in free meals. 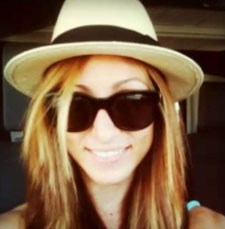 A New York woman is being scrutinized and praised after people learned that she used a dating website to obtain $1,200 a month in free meals.

According to Business Insider, 23-year-old Jessica Sporty was deep in debt. Sporty had difficulties living on her $45,000 annual salary after spending nearly $1,500 a month in rent, paying her credit card bill, and buying food.

So she hatched up a plan and signed up with the popular online dating site Match.com so she could quickly go on five dates a week. Sporty even maintained a spreadsheet with detailed information on each of her dates, limiting each guy to a maximum of five.

Dates took Sporty to high-end New York restaurants, and one of her dates even bought her a $200 bottle of champagne.

“Before I barely had enough money to pay for food,” said Sporty. “After using Match.com I found I wasn’t going into debt anymore.”

The response on social media has people divided over Sporty’s actions that Business Insider changed her name to protect her identity in the original story due to all the negative attention she was receiving.

As expected, most of the negative response have come from men, admitting that what Sporty did is “their biggest fear.”

As of today, Sporty is no longer on the dating website as she is currently in a relationship and most likely freeloading off her new beau.

“It was exhausting,” she said. “I needed my sleep and I was done playing the game.”