Polynesian Nation To Put Star Wars Characters On Its Currency

Characters from the Star Wars space epic are to appear on a nation’s currency for the first time. 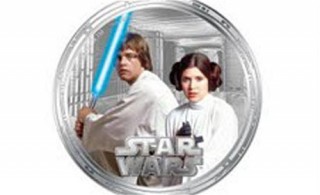 The 1,400-person Polynesian nation of Niue will become the first country to put Star Wars characters on its currency.

The New Zealand mint will produce a set of 40 coins, with each coin valued at NZ$2 (about $1.65 in US dollars). Darth Vader, Luke Skywalker, Yoda and a cast of other heroes and villains from a galaxy far, far away, will join the Queen on coins issued by the South Pacific island state of Niue.

As legal tender, the coins will have a face value of NZ$2 (£1), but the silver content in each is worth considerably more than that.

The coins are primarily aimed at collectors and investors around the world in a bid to boost Niue’s flagging government coffers.

“You wouldn’t want to go and spend them because they’re only worth $2, but the value is much more than that,” said Chris Kirkness of the New Zealand Mint.

The first issue of coins will be on display at the American Numismatics Association’s show in Chicago next week, and further coins will be issued until 2014.