Protip: Don’t Say “Pork” On the Internet If You Want To Stay Off Government Watch Lists

We aren’t posting this to be political. We just think its hilarious that words like “Pork” and “Team” are being scanned by the Department of Homeland Security.

We aren’t posting this to be political. We just think its hilarious that words like “Pork” and “Team” are being scanned by the Department of Homeland Security. In fact, I’ll go as far as to say that all of us here on “Team” “Pork” are a little offended that we would be placed under such a “cloud” of suspicion. It is nice that the Government has taken the “Initiative” here, but their process seems less than “smart” and more than a little “Mexicles.”

Every word in quotes from that paragraph is on the government watch list. No, I’ve got no idea what the hell Mexicles are, but it made me laugh because all I could picture was little Popsicles with Sombreros.

The complete list came to light recently after a freedom of information act request and it is the complete list of kewords used by the goverment to track terrorism and terror networks on social networks and throughout the internet.

Some of the words make sense, but a lot of them are just ridiculous. Just my love of pork recipes probably has me in a government file. Well… that and the fact that freshman year of college I took Mein Kompf and The communist Manifesto out from the library at the same time and forgot that I had them for six months… 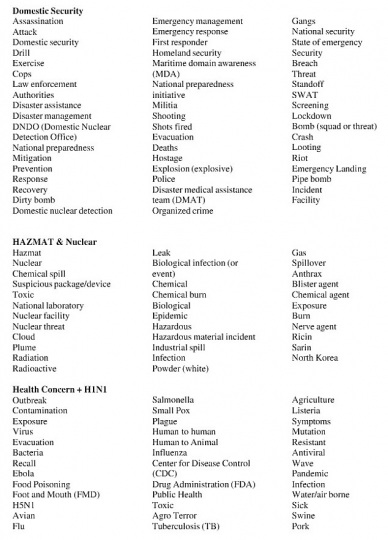 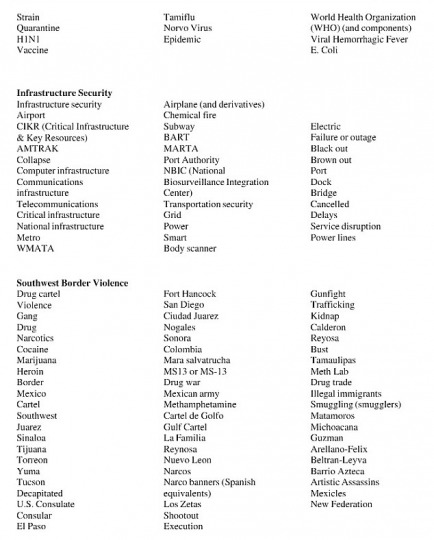 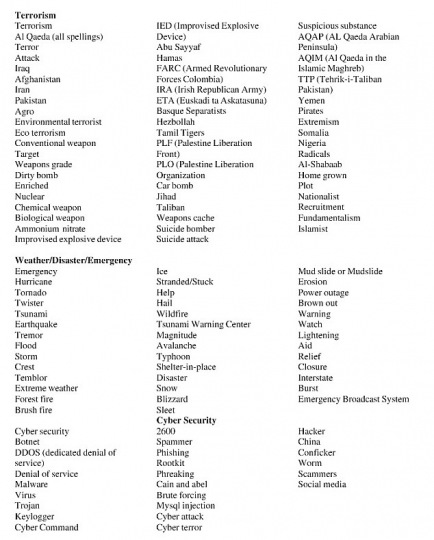