Very funny, but NSFW for language.

Now, he’s released his latest musical prank video and he has definitely taken it up several notches. This time, he’s taken to the beach where he serenades unsuspecting strangers with acoustic versions of club songs.

The songs in the video include: Tyga’s Rack City, Akon’s Smack That, and The Lonely Island’s I Just Had Sex.

Very funny, but NSFW for language. 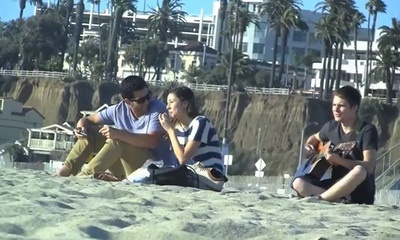