I may never pee again.

In a story that can only be described as nightmare scenario for pretty much any male, a python in Thailand has crawled up the pipes of a toilet and bitten a man square on the dick. If there is any such thing as a silver lining to this story, it’s that the man was able to pry the snake off his junk and then get to a hospital where he was treated for blood loss.

The man’s trouser snake was not the only thing to survive the incident. The python also lived, but got stuck in the pipes. Rescuers had to take the toilet apart to free the mouthy little bugger. 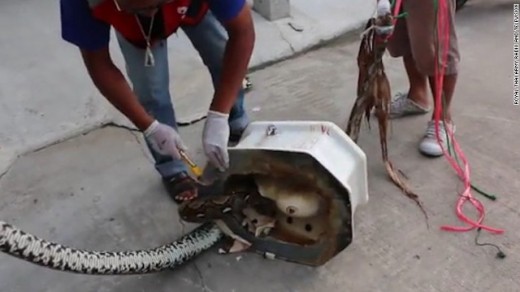 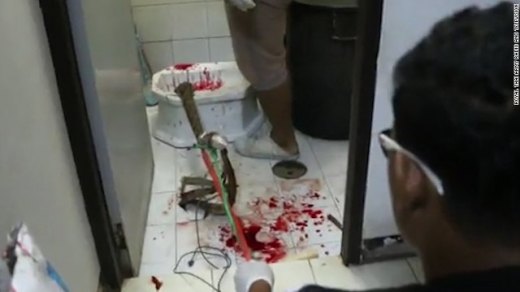 Rescuers arrived to find the python’s head hanging from the bathroom door, secured by a rope, with the rest of the snake still stuck in the squat toilet at the man’s home in Chachoengsao Province, east of Bangkok.

Tapo, who has been working in rescue for more than six years, said he’s seen snakes in toilets before, but never witnessed a scene quite like this one.

“This is all bizarre,” he told CNN. “I had witnessed snakes [come] out of toilets many times, and when they bit [it] mostly would be at legs or butts. Not the penis, this is the first time.”