Watch out for guest appearances by Vladimir Lenin, Mikhail Gorbachev, and Vladimir

It looks like the second season of Epic Rap Battles Of History is wrapping up and it is going out with a bang. The final installment of the uber popular video series pits Russian madmen Rasputin and Stalin against each other. But, as this is the season finale, they wanted to amp things up a bit, so Vladimir Lenin, Mikhail Gorbachev, and Vladimir Putin all join the fray. 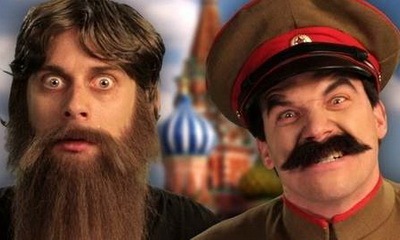