Robert Downey Jr Sings With Sting And Kills it!

Maybe this means Tony Stark will get his own musical number in Avengers: Age of Ultron.

Most people nowadays seem to only remember Robert Downey Jr as Iron Man, but he’s been impressing fans since the 80’s with films like Weird Science, Chaplin, and Restoration. Somewhere in the middle of all that he co-starred on the extremely popular 90’s legal comedy, Ally McBeal. It was there that we learned Downey jr. could sing as well as he could act. In fact, it was on that show where he first preformed with Sting.

Well, the two recently reunited on stage to preform the classic Police song, Driven To Tears. Downey jr nailed it. Check it out below:

If you want to see the first time the two got together, check out this clip of Robert Downey jr and Sting, singing “Every breath you take” on Ally McBeal: 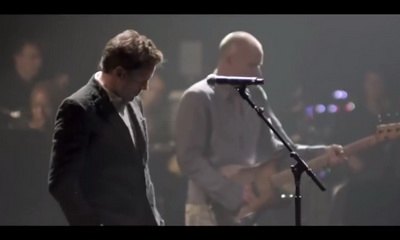