I remember a time when people would freak out if they found a bug in their hamburger. In the future, we might all be freaking out if there isn’t enough bugs in our burgers.

I remember a time when people would freak out if they found a bug in their hamburger. In the future, we might all be freaking out if there isn’t enough bugs in our burgers. Swiss startup, Essento is partnering up with Switzerland’s second largest grocery chain to bring a new line of burgers to market that are made with insects. 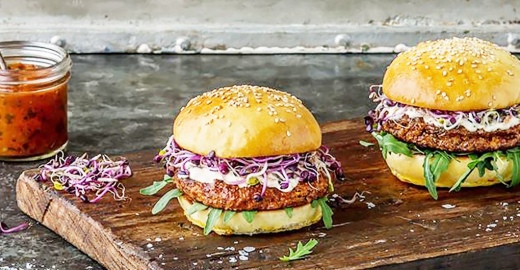 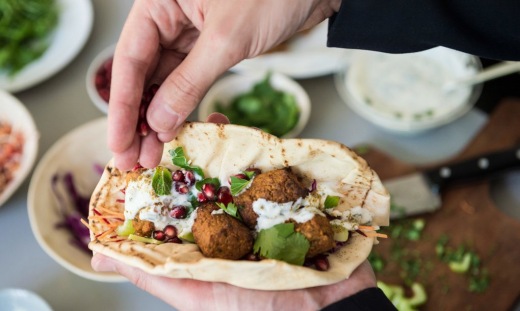 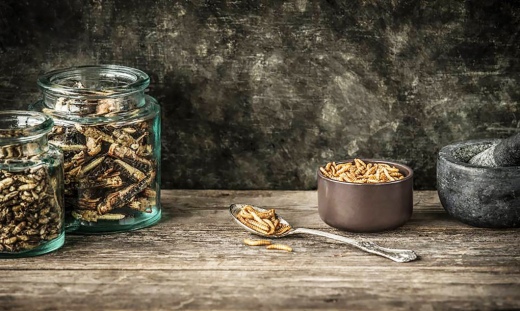 They will start with two products aimed at consumers. The ” Essento Insect Burgers” will contain mealworms, crickets, or grasshoppers, while their “”Essento Insect Balls”, will be made with mealworms. In case you were wondering if they would just be lumps of squished bugs, don’t worry. The food items will also include rice, leeks, celery, chili, chickpeas, garlic, onions, parsley, and coriander.

Essento’s co-founder, Christian Bärtsch said in a statement, “As food, insects are convincing in many respects: they have a high culinary potential, their production saves resources, and their nutritional profile is high quality. Thus insects are the perfect complement to a modern diet.”

So, what are the benefits of eating mealworms and other insects? According to their site, here they are:

Mealworms don’t produce as many greenhouse gases as animal food sources like pigs or cows. 80 percent of insects are edible, as compared with 40 percent of cows, and raising insects requires less food and water. Insects are a good source of protein and also contain unsaturated fatty acids, the vitamins A, B, and B12, and minerals like zinc, potassium, calcium, and iron.

To most westerner’s, the idea of a bug burger is pretty gross, but insects are a staple in the majority of the world. It will be interesting to see how well they do in Switzerland. Who knows, we could be seeing bug balls in Whole Foods within a year!