Tata Motors today announced that it has decided to rename its soon-to-be launched hatchback. The car’s acronym was “ZICA”, derived from “Zippy Car”.

Zika is a new scourge. Well, it’s not new, but it’s big now and it’s giving a bunch of babies around the world microencephalitis. It’s caused enough of a problem that the World Health Organization has now declared it a crisis and there is a huge amount of panic around the Brazil Olympics where it seems like the most cases are popping up.

As if this wasn’t already bad enough for coconut water maker, Zico, it has become such a big problem that one auto manufacturer is actually changing the name of one of their vehicles. The company is Tata motors (if you can be secure enough in yourself to stick with the name Tata, I’m amazed this even hit their radar), and the model in question is the Zica.

The car is set to be unveiled at the New Dehli auto show this week when we’ll see the new name for the vehicle. The name Zica was actually a combination of two terms: Zippy Car. 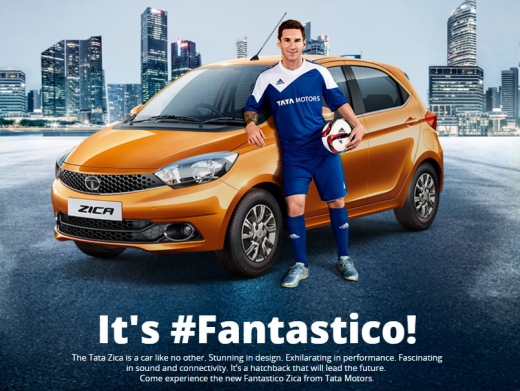 Tata Motors today announced that it has decided to rename its soon-to-be launched hatchback. The car’s acronym was “ZICA”, derived from “Zippy Car”. Empathizing with the hardships being caused by the recent “Zika” virus outbreak across many countries, Tata Motors, as a socially responsible company, has decided to re-brand the car….

The new car will be showcased publicly for the first time at the Auto Expo 2016, in New Delhi (Greater Noida) from February 3 – 9, 2016. While it carries the ‘Zica’ label for the duration of the event, the new name will be announced after a few weeks, ensuring all necessary consumer/ branding and regulatory aspects are addressed, and the launch will take place thereafter.