The Legend of Rayman – Live Action

Ever wonder what Rayman would look like in the real world?

For the last few years, Rayman has been pushed out of the lime light by the Raving Rabbids that originated in his game series, now he’s back with a new video game, Rayman Legends, and he’s just as big as he ever was.

CorridorDigital has created an amazing new Legend of Rayman live action video. I’m not sure if they did it in conjunction with the new game or just because they thought it would be cool. If it’s the latter… they were right. This thing is very cool! 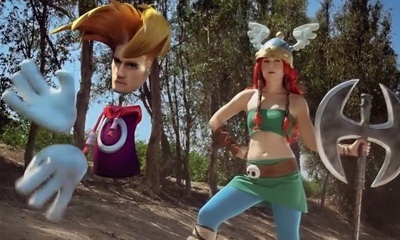