Aside from the cool factor, this also marks the first time the hand rails have ever been used in an advertising campaign in Japan. Rumor has it that George Lucas himself was even shown the campaign images and had loved the idea.

Apparently not wanting to be out done, London did their own lightsaber Star Wars promotion with their world’s largest lightsaber. 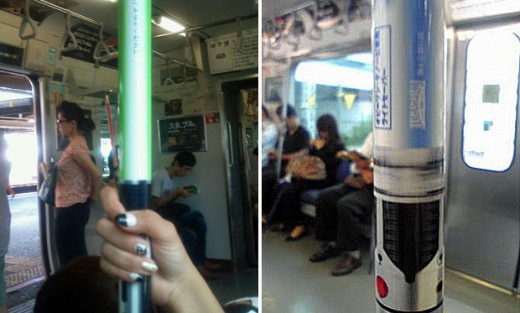