“By the end of it I was hammered and getting topless in front of a bewildered looking cat.”

Along with Celebration and a whole other slew of big events, last week was also Record Store Day. To celebrate the once dying, but now uber hip dens of vinyl, East London musician and artist Natalie Sharp thought it would be a great idea to paint the covers of different music albums onto her face.

Though she had initially planned to paint herself with 40 different album covers, she only ended up with 11. Here’s what she told the Huffington Post about why she fell short of her goal:

“I started off thinking that every time I finished listening to the album I would only play [the album] on repeat for each face and have a glass of bubbly,” but that didn’t fare too well, Sharp said in an email. “By the end of it I was hammered and getting topless in front of a bewildered looking cat.” 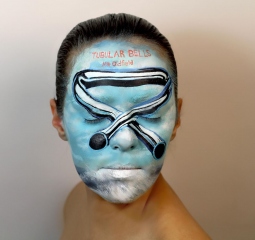 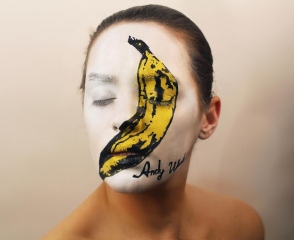 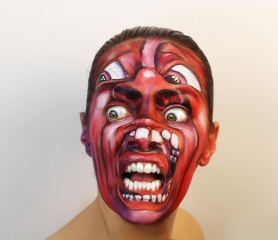