Find out what is going on in the life of Daria and the friends and family she puts up with.

It is not uncommon for us to see fan artists who create aged up versions of our favorite cartoon characters so we can have some idea about what they’d look like as fully-formed adults. It’s pretty rare that the artists creating those images also created the original characters. If you grew up in in the 90’s than you probably watched MTV’s Daria, the unlikely spin-off of Bevis and Butthead. In a new article from Entertainment Weekly, Daria co-creator Susie Lewis and character designer Karen Disher, are giving fans a taste of what they think Daria, Jane, and the rest of the show’s cast would look like today. 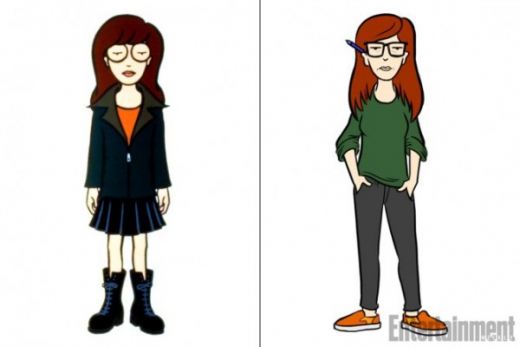 “The sardonic teen has left the suburbs of Lawndale for New York City’s Hell’s Kitchen (naturally), where she’s grown up to become the only female writer on a late-night talk show. She lives alone — except for her black cat named Godzilla, who is toilet-trained, thanks to Daria’s hard work and dedication — and while she’s tried the online dating game, she hasn’t found anyone special quite yet. Oh, and in case you were wondering, she’s gotten past her crush on Trent.” 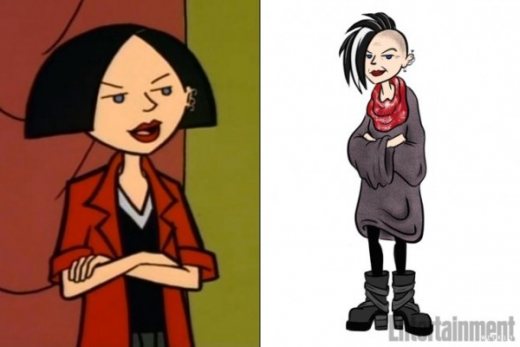 “Daria’s closest friend and confidante never gave up on her ambitions: She’s a professional artist who’s sold a few pieces, though she still hasn’t “made it big.” She lives in a loft in SoHo with her husband who’s an archaeologist and rarely home, so luckily the besties get to spend tons of time together. They enjoy going to art shows and film events where you’re supposed to socialize, but — surprise! — they only talk to each other.” 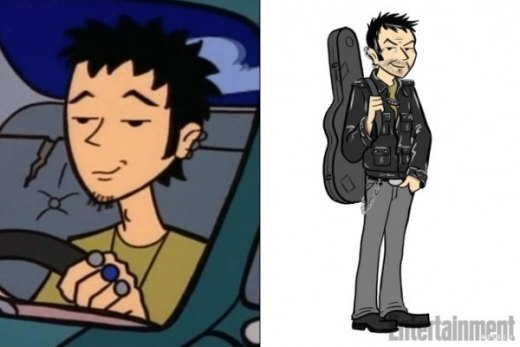 “While his Mystik Spiral days are over, Trent has found, well, not success exactly, but… a functioning band in Trent Lane and the Mystikal Explosion. He lives with his four bandmates in Queens. Trent had some financial success with Mystik Spiral’s one-hit wonder, “Freakin’ Friends,” but since then has been making ends meet as a bartender. He and Jane still spend a lot of time together, and Daria often joins in. (See? It’s not weird anymore, guys.)” 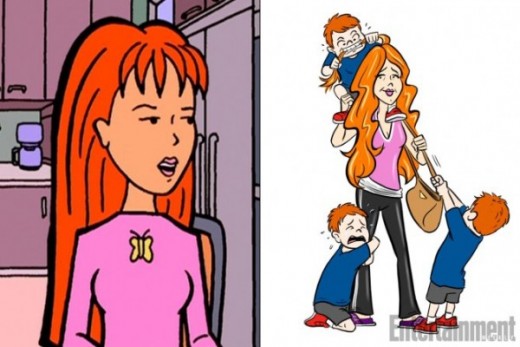 “The younger sister of Daria has consciously uncoupled from her college sweetheart and dropped her last name. (Rumor has it that once Quinn realized his athletic abilities weren’t going to cut it professionally, she was done.) Quinn has triplet sons — Timmy, Tommy, and Teddy — and she still lives in Lawndale. In between caring for her boys and her hair extensions, she’s hard at work on her popular YouTube channel dedicated to dessert and skin care called “S’mores and Pores.” 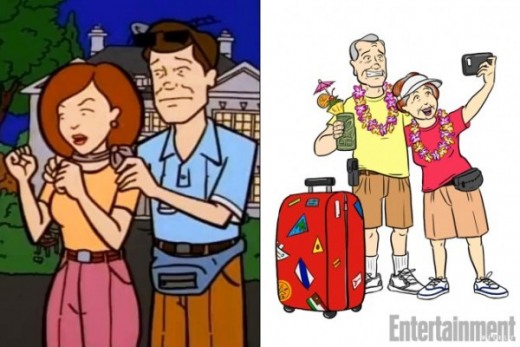 “Daria and Quinn’s parents are living it up as retirees. Every time Daria speaks to them, they’re venturing out on yet another cruise, but whenever they’re back in Lawndale, they’re breaking a sweat in their weekly dance class.” 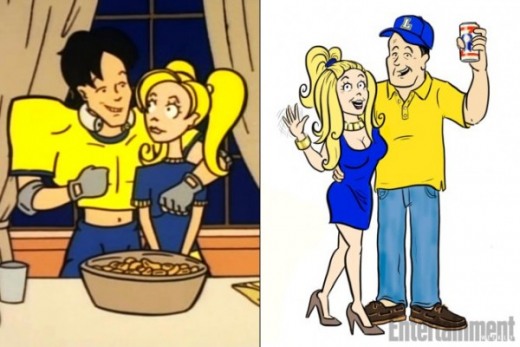 “The head cheerleader and quarterback of Lawndale High are married and have three girls and two boys. Brittany is the weathergirl at the local news station and moonlights as part-time cheerleading coach at Lawndale High. Kevin is a stay-at-home dad who dabbles in children’s birthday-party entertainment. While he can’t quite squeeze into his belly-baring uniform anymore, you better believe Brittany’s cheerleading uniform fits her like a glove — and she wears it every Halloween.”