100% Soft is back for a new show with illustrations based on Star Wars, Mad Max: Fury Road, Willy Wonka, Walking Dead, Super Mario Bros, and More!

Back in 2015, we covered the artwork of 100% Soft. The artist was debuting his Mass Hysteria show at the Gallery 1988 in LA. It looks like the artist has been pretty busy since then. Along with creating the insanely popular Star Wars Emojis, Soft now has a new show, “Mass Hysteria 2”, that is bringing his kawaii pop art style back to the 1988. If you aren’t familiar with 10% Soft’s distinctive style, he is known for creating epic prints that capture the entire cast of a film or TV show as well as countless others. Just look at death count on his Friday The 13th print and you’ll see what I mean.

We actually had a chance to sit down with the artist and talk about his career, but we’ll be posting that tomorrow. For now, we wanted to share the artwork from his new show. While the most impressive piece in the exhibition is probably his 5 foot long Mad Max Fury Road piece, I’ve always been pretty partial to Star Wars and would have to say that my favorite is his new Mos Eisley Cantina print. Other films and TV recreated in the new show include: Lord of the Rings, Harry Potter, Willy Wonka, Walking Dead, Pulp Fiction, Mars Attacks!, Yellow Submarine, Super Mario Bros: NES, Captain America: Civil War, Guardians of the Galaxy, Bill & Ted’s Excellent Adventure, Breaking Bad, Spaceballs, Dazed & Confused Hateful Eight, Edward Scissorhands, Friday the 13th, Scott Pilgrim vs The World, and Beetlejuice.

Here are a few of our favorites. 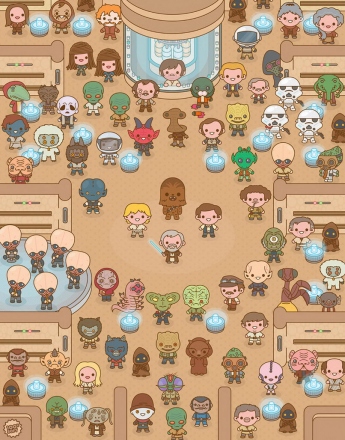 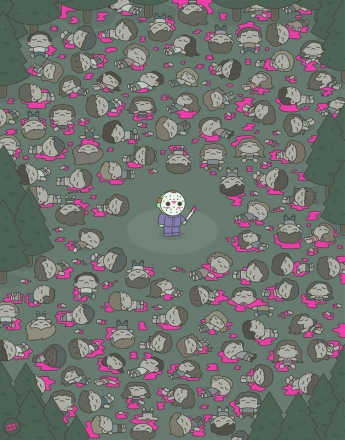 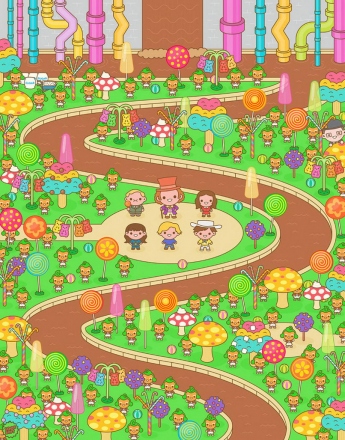 To check out the rest of the exhibition click HERE. Or, ff you are in LA and have a chance, go check out “Mass Hysteria 2” at Gallery 1988 until September 17th!