That’s cool and all, but how about Static Shock?

The DCCW universe looks like it might just be getting a new resident. Deadline is reporting that producer Greg Berlanti is working on bringing their first black super hero to the small screen. If you aren’t familiar with the hero, Deadline had this to say about him and the new show concept.

“Black Lightning centers on Jefferson Pierce. He made his choice: he hung up the suit and his secret identity years ago, but with a daughter hell-bent on justice and a star student being recruited by a local gang, he’ll be pulled back into the fight as the wanted vigilante and DC legend — Black Lightning.”

The pilot for the show was written by Salim and Mara Brock Akil (The Game/ Girlfriends), and it’s now being shopped around to multiple networks, which means it might not end up on the CW. You know, just like Supergirl, which has now come home to the CW after a year on CBS. 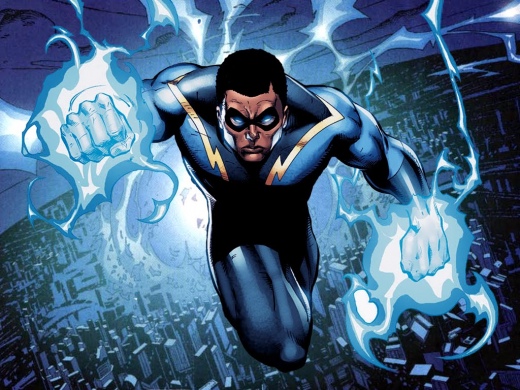