Known for his autobiographical series “American Splendor,” Harvey Pekar has died at 70. 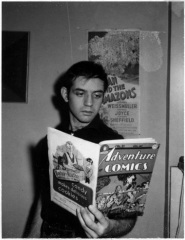 Harvey Pekar, known for his autobiographical comic book series “American Splendor” died Monday morning at the age of 70. He was discovered by his wife Joyce in their Cleveland Heights home.

The cause of death is currently unknown and it is reported by his wife that he had gone to bed in good spirits.

Originally a file clerk who loved comics, Pekar began writing them in the 1970s. His greatest legacy was his long-running comic book series “American Splendor,” which was first published in 1976 and illustrated by a variety of artists including his friend R. Crumb.

“American Splendor” were about Pekar’s day-to-day triumphs and tragedies which differed radically from the mundane superhero-laden comics that had dominated the comic industry. His stories were always about the lives of ordinary people. His 1994 graphic novel, “Our Cancer Year,” detailed his battle with lymphoma.

His work ironically titled, “American Splendor” was made into an acclaimed 2003 film starring Paul Giamatti as Pekar.

“Harvey was one of the most compassionate and empathetic human beings I’ve ever met,” Giamatti said in a statement. “He had a huge brain and an even bigger soul. And he was hilarious. He was a great artist, a true American poet, and there is no one to replace him.”

Pekar, who was a repeat TV guest of David Letterman, told The Associated Press in a 1997 interview that he was determined to keep writing his “American Splendor” series.

“There’s no end in sight for me. I want to continue to do it,” Pekar said. “It’s a continuing autobiography, a life’s work.”

The most recent “American Splendor” was released in 2008. 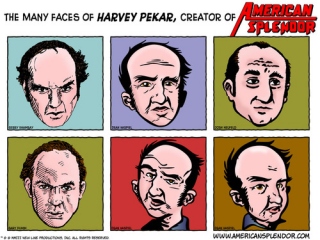