And Speaking of Will Ferrell’s Nuts…

“I think they were really his nuts, but my friend says that it was just a prop. Do you know if they were the real deal?” 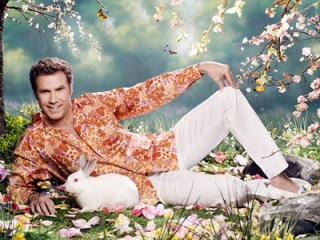 Once in a while we get questions from our readers about great Hollywood mysteries. Yesterday, Capresse from Florida wrote in to settle a bet between friends about Will Ferrell’s movie, Stepbrothers.

“Dear Wookie,
My friends and I saw Stepbrothers recently and we thought the part where Will Ferrell was rubbing his nuts all over everything was hilarious. I think they were really his nuts, but my friend says that it was just a prop. Do you know if they were the real deal?”

We did a little bit of digging around the internet and found this quote from Will on Babble.com that proves you are both kind of right…

“They’re not real but my balls were modeled. I put them in hot wax to build the mold.”

“I asked the prop people, ‘Could I please have my stunt nuts to take as gift from the movie?’ and they said no problem, so they’re at home. They’ve been brought out on a few occasions; we had a dinner party… and the subject of the stunt balls came up and I went, ‘I have them, do you want to see them?’ They got passed around by 20 people… They’ll be in the Smithsonian (Museum) one day.”

There ya have it… Another Hollywood mystery in the sack for Youbentmywookie.com