Why chew on someone’s head when you can just have a piece of chicken?

Attack on Titan has become so popular in Japan (and the rest of the world) that The Tokyo Museum is actually putting on an exhibition of the art from the Manga. However, the graphic images of the monstrous Titans gnawing on the heads and limbs of humans is just too much for many people in Japan to handle.

You might think that would make putting up posters of the art to promote the exhibition a problem. Well, it would have have been… if not for one very smart advertising agency.

Their simple, yet tasty censorship solution was to swap out the heads and limbs for fast food items like pizza and hamburgers. 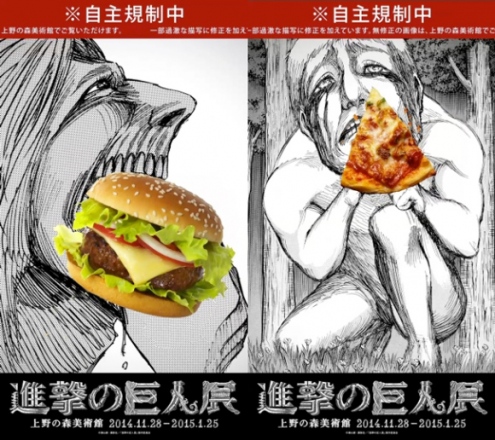 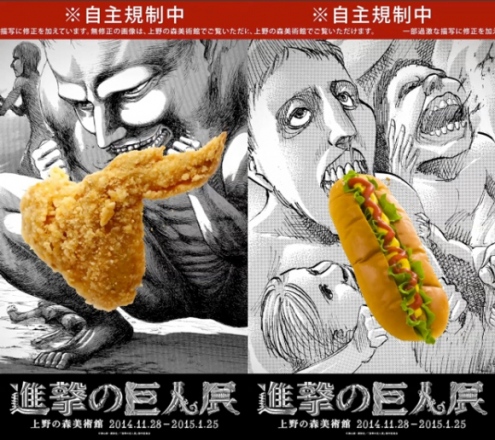