Brittany Murphy died Sunday morning, according to multiple sources. She was 32.

Brittany Murphy died Sunday morning, according to multiple sources. She was 32.

The Los Angeles Fire Department responded to a 911 emergency call from the home of actress Brittany Murphy’s husband.

Fire Department spokesman Devon Gale says the call was made at 8 a.m. Sunday from a home in Los Angeles belonging to British screenwriter Simon Monjack, who is married to Murphy.

According to gossip website TMZ, Murphy was transported to the hospital where she went into cardiac arrest and was pronounced dead at Cedars Sinai Medical Center.

Messages left for Murphy’s manager, agent and publicist were not immediately returned. 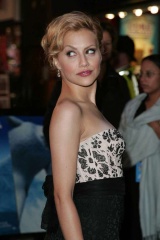