For those of you who like to clog your arteries one quarter mile at a time.

The Fate of The Furious, aka Fast and Furious 8, hits theaters next week, but it is time to start the celebration now! As with most things in the world, the best way to celebrate pretty much anything is with an epic sandwich.

Thankfully, there are people in the world like Youtuber, William Osman. On the recommendation of one of his viewers, he took on the task of laser cutting a bust of Vin Diesel out of ham and cheese for a sandwich that was neither fast nor furious, but apparently smelled like burnt hot dogs. 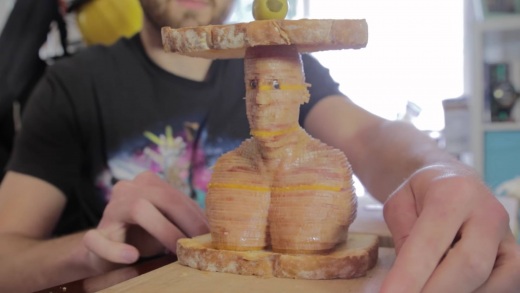