Also, just for fun, they even threw in Spider-Man, because… hey, Spider-Man is now part of the MCU!!!

With Avengers Age of Ultron hitting screens in less than a month, fans are showing their love in a big way. Over in china, one artist has turned the team into the Eight Immortals, a very famous group of characters from Chinese mythology who have had their stories told through books, art, TV, movies, and even opera.

Also, just for fun, they even threw in Spider-Man, because… hey, Spider-Man is now part of the MCU!!! 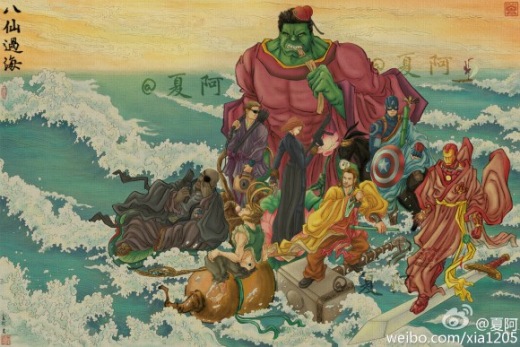 Here are the images, as well as descriptions of the Eight Immortals, care of Rocketnews.

Zhang Guolao is commonly depicted riding on a mule and carrying a tubular bamboo drum with two iron mallets in it. In Xia-a’s version, Captain America carries his trusty shield in one hand and a bamboo drum in his other arm, with an extra back-scratcher stowed in his bamboo drum. Even superheroes get itchy at times it seems. 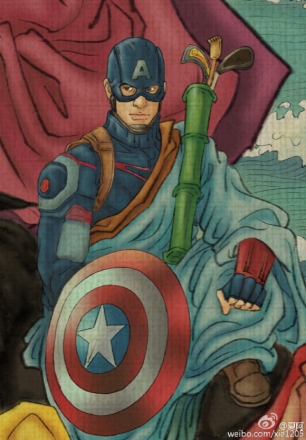 Hawkeye as Lan Caihe, Black Widow as He Xiangu

Lan Caihe is usually seen as a young boy/girl dressed in gender-ambiguous clothing and carrying a flower basket. Hawkeye is too cool for flowers, so he’s carrying a stylish tote bag. He’s not without his bow and arrows, of course. He Xiangu is the only female among the Eight Immortals, as Black Widow is among the Avengers. She is often seen with lotus flowers. 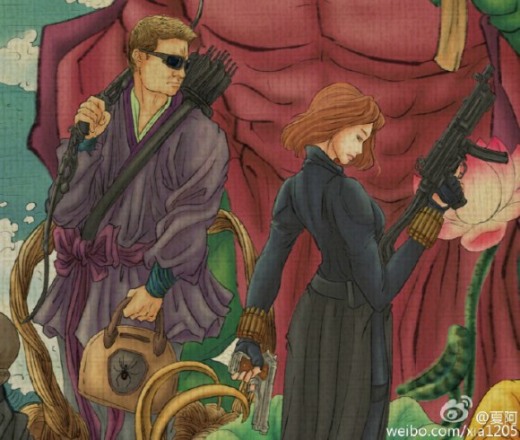 The Hulk as Cao Guojiu

Cao Guojiu is believed to be the youngest of the group, and is usually dressed in an official’s court robe, holding a jade tablet. Dear Hulk, you are not supposed to snack on your magical instrument… 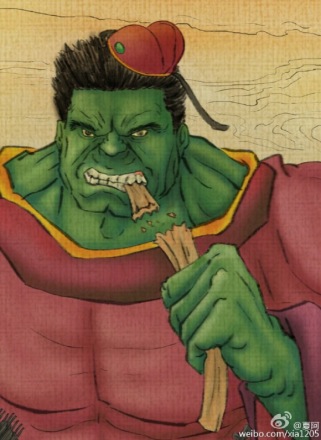 The most popular and well-known among the eight, Lü Dongbin is known as the scholarly ladies man with a bit of a love for drinking. His choice of weapon is a sword which he usually carries on his back. 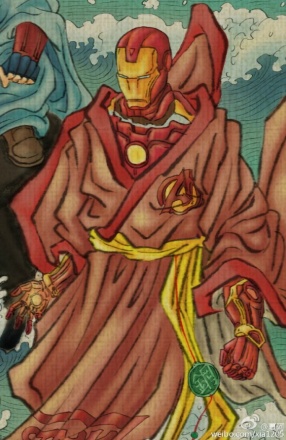 Li Tieguai is often depicted as a beggar-like old man with unkempt hair and a messy beard. He walks with the help of an iron crutch, which is probably how his name Tieguai, which literally means “iron crutch”, came about. His iconic magical tool is a gourd which contains medicine which he uses to help the weak and needy. 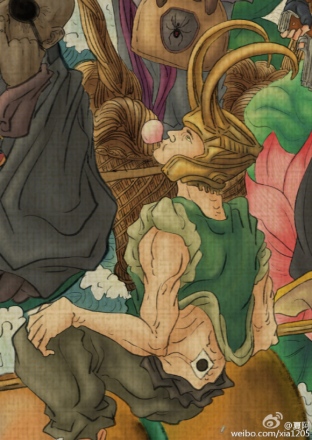 The jolly drinker of the eight, Han Zhongli is commonly portrayed as a bearded man holding a large magical fan, with his chest and wine belly exposed from his robe. Nick Fury needs to work on getting that belly, though. 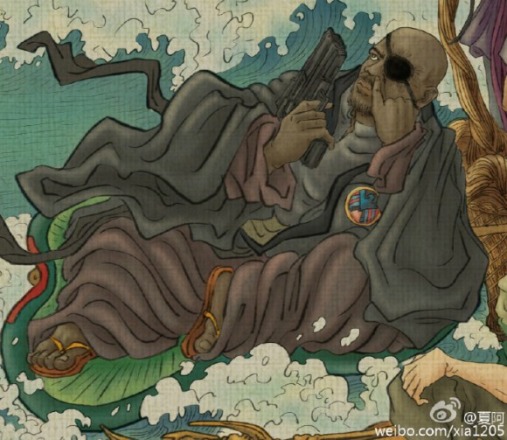 Han Xiangzi is said to have studied Taoism under Lü Dongbin. Also often depicted with a scholarly disposition, Han Xiangzi is always seen with his magical flute, which bears the power to give life. In this crossover piece, Thor’s mighty hammer becomes a surfboard for him. 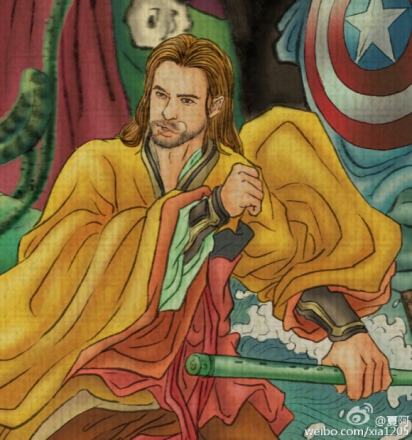 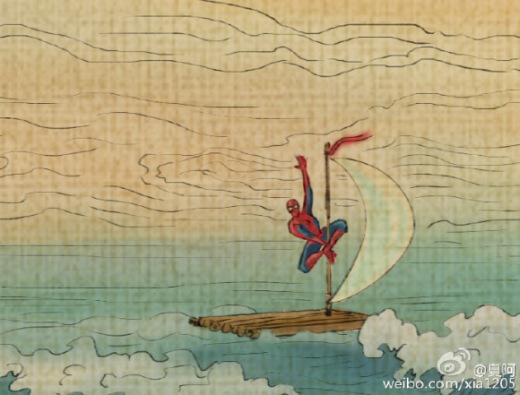